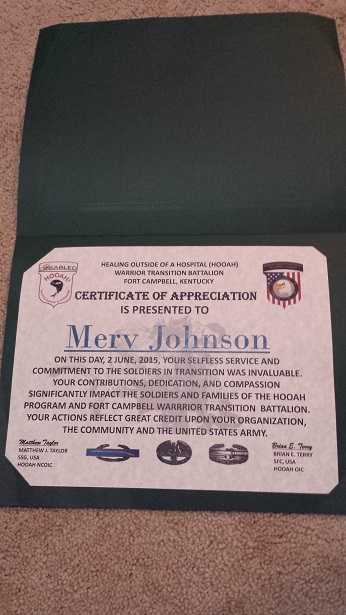 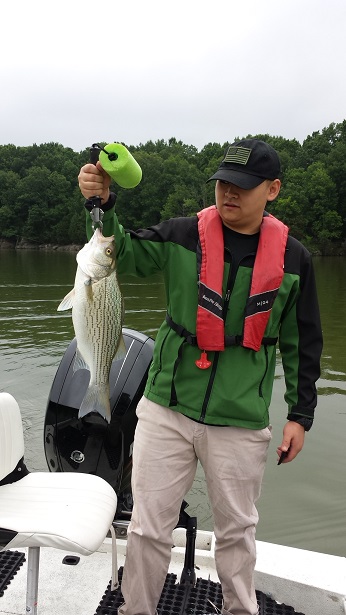 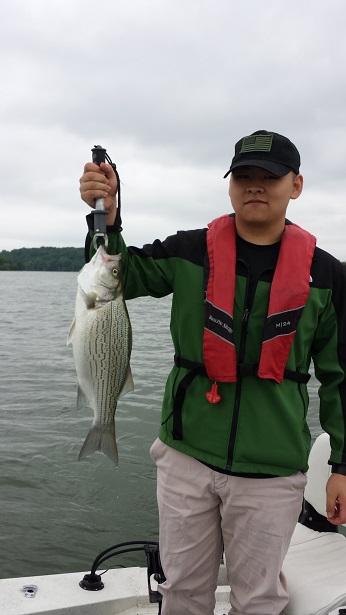 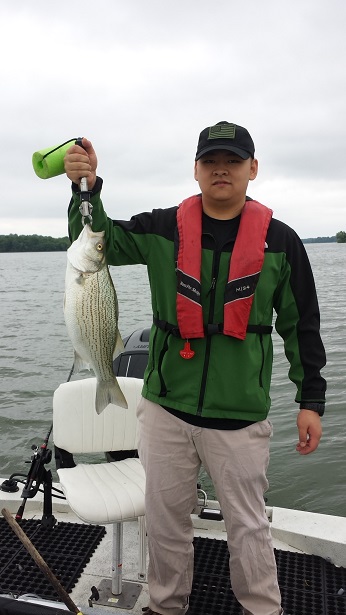 My WW was Sheng Chen, and we kicked some hybrid (Cherokee bass) butt!

Chen caught the whopper of the day, a 9.75 lb  bruiser that gave him a very long and arduous battle before finally succumbing to the net. The fish was revived and swam away very vigorously.

The finale of the day was five rods getting hit in the space of about three min. Controlled chaos reigned for the next few minutes as each fish was landed in the boat, revived, released and the next rod was grabbed.

Being the CAPTAIN, reeling in a fish is far below my station in life, so each fish had to wait it’s turn until Chen landed the one he had on his line. Once the fish was in the net, I would take the rod, and Chen would pick up the next rod and commence battle with that one.

I’m sure this is a day that Sheng Chen will remember for a very long time.